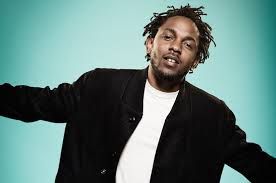 Being a lifelong musician and being the parent of a musical family, I have gotten into quite a few debates about the new generation of musical artist. We are two generations removed from the birth of Rap and Hip Hop as an American art form. In the beginning, there was a massive turn away from live music, and musicians playing instruments were replaced by MC and DJ’s with turntables and the music was primarily just samples of prerecorded music.

Now I’m beginning to see the pendulum swing the other way where there is a shift back to real music and live musicians being used by the popular Hip Hop artist today. I was watching the Grammy’s a few weeks back and saw the performance that has a lot of people in mainstream media up in arms by Kendrick Lamar. First let me say I was very impressed by his creativity in presenting a very controversial topic, and secondly, his use of live instrumentation was on a very high level. Kendrick is setting the bar pretty high for those in the Hip Hop music industry.

I see this movement back to real live music not just in Hip Hop but in every genre of music. I see the return of the use of Horn sections and strings and songs with chord changes with more than three chords. When musical Artist begins to raise the quality of the music that they present to the masses, it raises the musical pallet of the consumers. I’m very encouraged to hear and see with this.

As for my children and their comrades, I often debate about the quality of music that is being presented today. I say Artist like Kendrick Lamar is a definite “feather in your caps” to coin an old phrase, and I hope that his creativity and social consciousness is a great sign of things to come from you. Next generation I salute you as you return to live music.