Do You Speak Music? 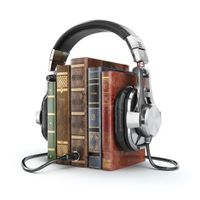 Have you ever thought about the fact that all around the world in every gathering of human community there are two things amongst others that we all have in common? One is that we all have formulated a way to communicate to each other our wants, needs, pain, struggle, fear, and happiness. In every cultural gathering, there is a language that is understood and accepted as the spoken representation of our emotions and desires.

The second thing that we all have in common is some musical way of communicating those same emotions and desires. Music is actually a second language that is created and mastered by special individuals within those communities. The interesting thing is that if the music is defined as a second language then why isn't it taught the same way that the tribal first language is learned?

I've discovered that the greatesttaught the majority of the tools to communicate well on their instruments in similar ways they learned to speak their first language.

The most articulate young person learned to use language almost from the crib.  As with my own children, my wife and I always spoke to them in the way that they would ultimately, as adults, use the language. We never spoke "baby talk" to them. Even if they couldn't understand all the words that were spoken to them, they learned to navigate from their level and grew into their ability to communicate more complex ideas.

The same should happen in the way we teach music. We shouldn't teach them a "watered down" version of the musical language that they would outgrow "the usefulness of" like a form of "baby talk" only to have them to re-teach the musical tools that they would use as a performing musician.

Here is a clip of one of the worlds most creative and talented Bassist explaining his musical journey to becoming the performer he is today. Check it out and make sure you share your opinions and subscribe.