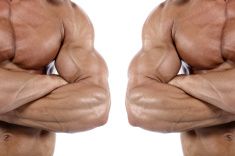 In Power Twins part 1, I talked about the Power Twin called Mentors. Now in this Power Twin part 2 blog, learn about other Power Twin: Role Models. Read on.

Role Models are the most misinterpreted of the Power Twins. There is an identity that media and society try to put on Role Models such as how and where we should look for them. Sometimes the lines are greyed between a person being a Role Model or a Mentor. My simple, definitive difference between the two is a Mentor helps you gain the skills and sharpen your talent to get into individual rooms; whereas, a Role Model gives you an example of the character needed to stay in those rooms.

Many times people choose media icons to be their Role Models. The problem becomes knowledge and understanding of who they chose. Usually, the choice is too thin and artificially colored for public consumption to be an organic rubber meets the road Role Model on a daily basis. I believe a Role Model needs to be someone you can see feel and touch on a regular basis to be an active Role Model in your life. For most of us, our first important Role Model is our parents. Often as we mature, we see more and more of our parents flaws and shortcomings. And for some of us, it’s devastating!

One more vital thing about this Power Twin. Most of the time they can be seasonal as to how they are to affect your life. For example, in your young developmental years, you may have one or two Role Models that are essential to that stage of your development. But as you mature their role to you may change. At this point, someone else may need to be the
Role Model for you.

Don't give up on finding an excellent Role Model. Don’t lament too long when you realize that someone you thought would be a good Role Model turns out not to be. Just dust yourself off and allow God to help you move on!

Remember, if finding an excellent Role Model seems impossible, I know of one Role Model that has been the greatest I’ve ever had in my life. Yes,  it's Jesus Christ!! Check out his resume. You will be amazed at how excellent he is at being a Role Model. Whatever you do find a good Role Model, though they may not be flying like a superhero, they will be the greatest hero you could have as they walk with you through life’s most challenging moments. Which gives the “Power Twins” their most dominant superpower. I'll talk more about this in Power Twins [Part 3].